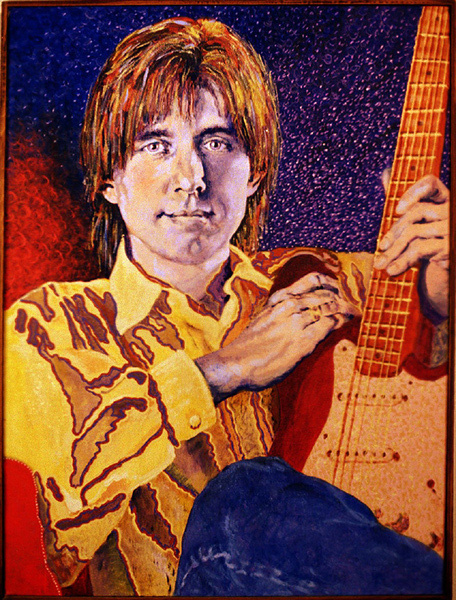 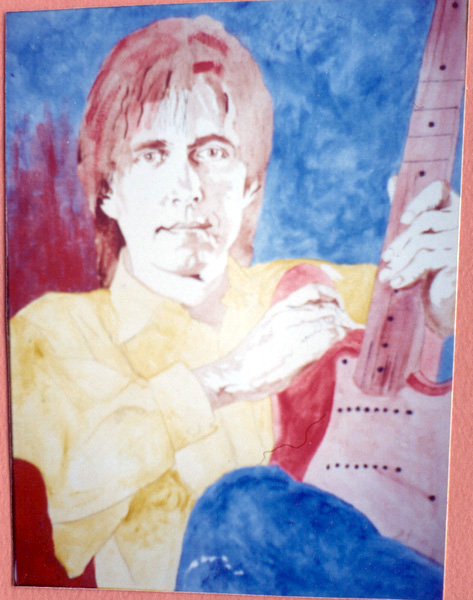 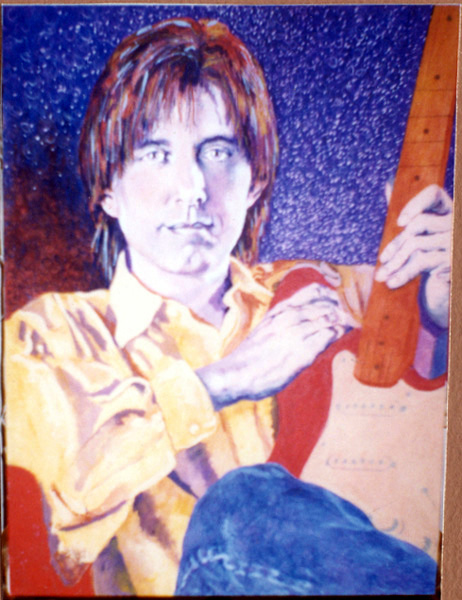 In my early 20s there was a breakup with a husband – again – and I was sleeping at my grandma’s, when I dreamed this. It’s kind of amazing that even as a couch-surfer, I had a sketch pad and watercolors at hand. That was the start of the picture I call sometimes “Dream Sun” and sometimes “Dream Cliff.” 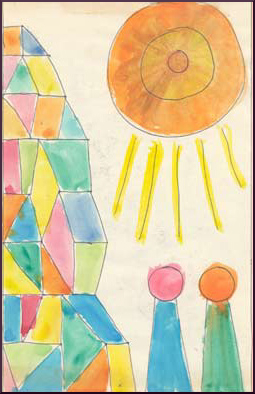 A whole lot of years later, when I belonged to an artists’ co-op, I painted the square version in acrylics and someone bought it. 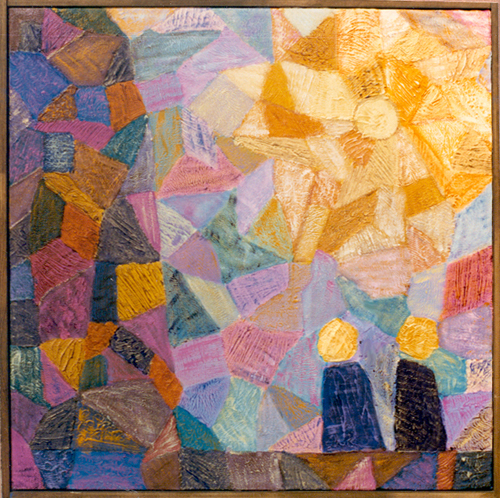 The next one is of course a collage, with pieces cut from magazine pages. I made it for a Salon: A Journal of Aesthetics theme issue on the topics of Love, Sex and Relationships. Since our process was straight photocopying, I knew it would only be seen in black and white so the colors didn’t matter. I did the lettering with typewriter correction fluid that comes in a bottle with a little brush attached to the lid, because it was easier than finding white paint and a regular brush. The words say,

“The ancients glorified the instinct and were prepared on its account to honor even an inferior object; while we despise the instinctual activity in itself, and find excuses for it only in the merit of the object.” ——Freud 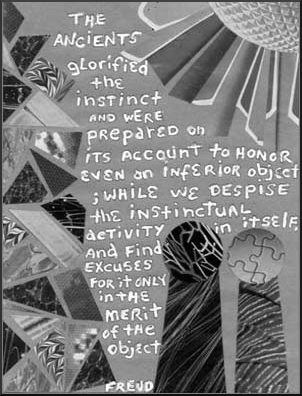 Somewhere around that time, I was looking at a book of microphotographs and found this picture of the crystalline structure of basalt, which immediately reminded me of the look and feel of the original dream vision.

A lot more time went by, and the next iteration of the idea must have been my first rudimentary attempt at using a drawing program on a computer and it exists only as an electronic chimera, never having so much as been printed out. 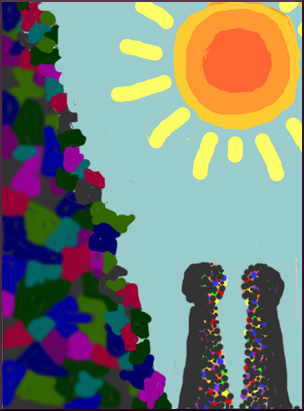 A few years ago I decided to have at it again, partly as therapy for some emotional upset. I still like this one (acrylics, 18” x 24”) but might give it another go some time. 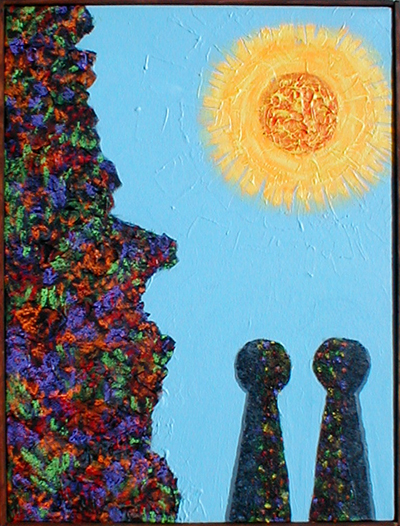 Dream Sun can be found at Etsy.